House of Ekolife: Beyond Great Food, an Enterprise for the Philippines' Modern Heroes 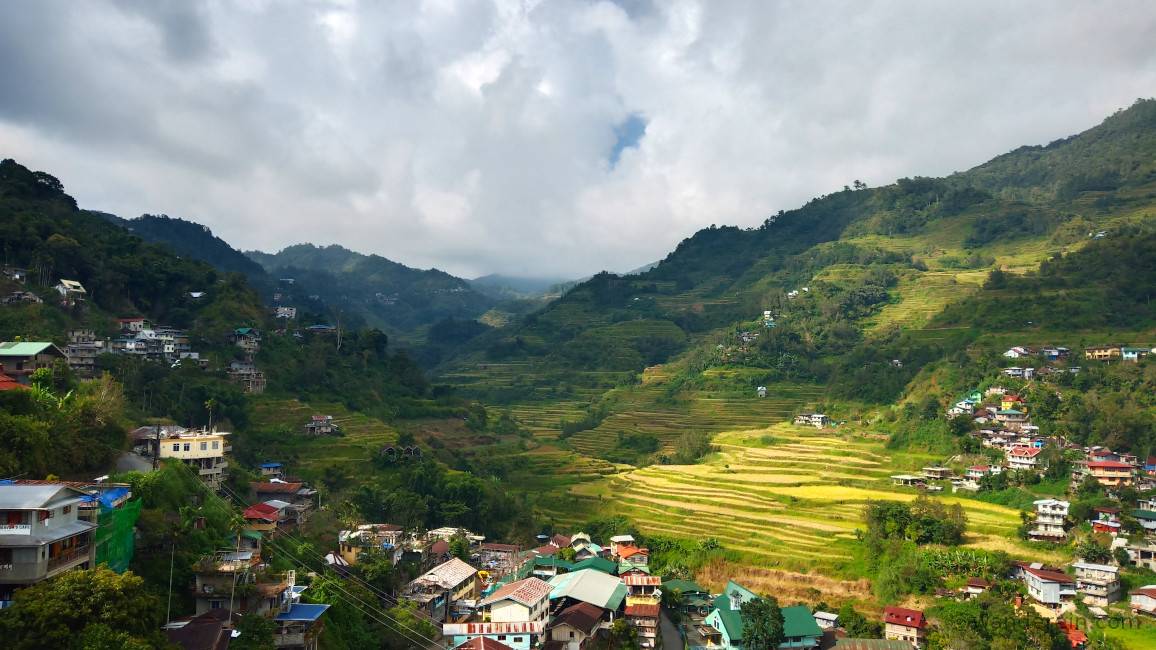 Banaue was my home base for my last month in the Philippines and I was able to live like a local somehow. I didn’t travel much in the Banaue area like at the Happao rice terraces, except for the Batad rice terraces which I have blogged about extensively.

However, I did eat a lot and tried the restaurants and carinderia (afforfdable local eatery) here.

I got to House of Ekolife just because I was looking for a coffee shop with a reliable internet. This area is on the northern mountains of the Philippines and it’s difficult to find internet that works.

The first thing that caught my attention was the overlooking view of the Banaue town with rice terraces on the background.

This isn’t the best viewing point of the rice terraces and you have to take a tricycle or car to get to a viewing deck. But for work, this is definitely a beautiful office.

Luckily, the general manager was visiting the site while I was there. I overheard him speaking with a group of international NGO’s and I got an overview of what House of Ekolife is about – it’s more than just a cafe.

As I was going back and forth the next days, I got the chance to interview the general manager and I learned more about their advocacy.

A Business By OFW’s, For OFW’s

OFW is short for Overseas Filipino Workers. In the Philippines, they’re known as our modern heroes because they leave the country and their families to be able to provide for them.

Consequently, their remittances provide a major portion of the Philippines Gross Domestic Product.

While some OFW’s succeed and return home soon after earning enough to start a business, some work for years without being able to save because they send all their pay to their families which is just enough for their needs.

They may be earning more in other countries but that is not a guarantee for financial freedom. This is where House of Ekolife serves a higher purpose for them. They have branches and other businesses in other parts of the Philippines which are owned by OFW’s.

Aside from the opportunity to co-own a business, House of Ekolife provides financial literacy trainings.

Most people would only trust saving in a bank and a huge portion of the Philippines is still considered bankless. That is why remittance centers are the most popular form of money transfer for the OFW’s.

Their foundation made Ekolife more appealing to me more than just the amazing view if the rice terraces. On top of that, they have great tasting food!

If you are in Banaue, I recommend trying out their Ifugao coffee and their popular sisig – a savory dish made with minced pork, chicken liver, onions and calamansi (Philippine lime). It’s topped with egg that will cook as you mix it in the sizzling dish.

They also have a fish version of this which what I tried as I have to avoid pork for health reasons.

My other favorite is sinigang, a sour soup made with tomatoes, tamarind, various vegetables and meat – usually pork, shrimp or fish. If you’re not familiar with Filipino food, it’s like Tom Yum but not spicy.

Not so "same same" though, quite different.

They also offer western food like pizza. I was lucky to get a free taste of their new pizza flavors – Hawaiian, Carbonara and Bolognese.

Aside from food, they also have a souvenir shop on the lower ground of the shop. They sell ethnic products such as Ifugao woven clothes, tinawon heirloom rice from the terraces, and various natural products from shampoo to soap.

They also sell paintings at a discounted rate.

Side Trip at the Banaue Museum

House of Ekolife is situated right next to the Banaue museum so this is a good side trip if you have time. It’s a privately owned museum and there’s an entrance fee of Php50 (<USD 1). The museum’s collections were from the late anthropologist Henry Otley Beyer.

Henry Otley Beyer played a significant role in the international discovery and preservation of the Ifugao culture. The Ifugao’s are an indigenous tribe in the Cordillera mountains and we can still see some of their traditions alive up to this day.

Here’s a short video tour of House of Ekolife and Banaue Museum:

While in Batad, I stayed in a solo room at Batad View Inn &amp; Restaurant as this was my most practical option. This lodging is under the same management as Mang Ramon’s Homestay who owns traditional nipa huts. It got me curious so I decided to upgrade for one night and sleep like a native Ifugao inside a nipa hut. Nipa huts are the traditional

Preserving the Ifugao Ethnic Tradition Ramon Binalit, owner of Mang Ramon’s Homestay, is known in the Philippines for all the work he does to preserve Batad and its tradition. He has been featured in several articles and documentaries. We can call him a legend not only for showcasing their Ifugao tribe culture, but also for fighting to keep it inta

I am no mountaineer nor have any warm up prior my trip to Batad. My only preparation was a morning run around Banaue, a day hike to Tappiyah waterfalls and a solo walk to Batad village with four guide dogs. I was hesitant until the last minute because it rained the night before and in the early morning. I heard that the trails that can be very slip